A Dance and A Wisp

Well it's the last hours before July ends and I really wanted to post something. 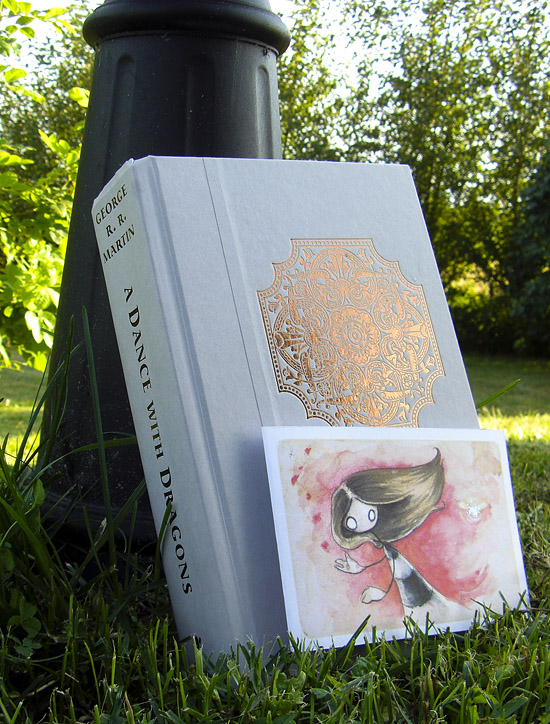 And I thought that I could show you what book I'm reading at the moment. Which is A Dance With Dragons by George R. R. Martin and it is the fifth book in the series A Song of Ice and Fire.

This is how it looks without the wrapping cover and I think it is very beautiful. Right now I'm half way through and in true Martin spirit there is lots of twist and turns and I'm really enjoining it so far!

There is also a postcard version of Her will-o'-the-wisp in the photos that I talked about in a post earlier this year. 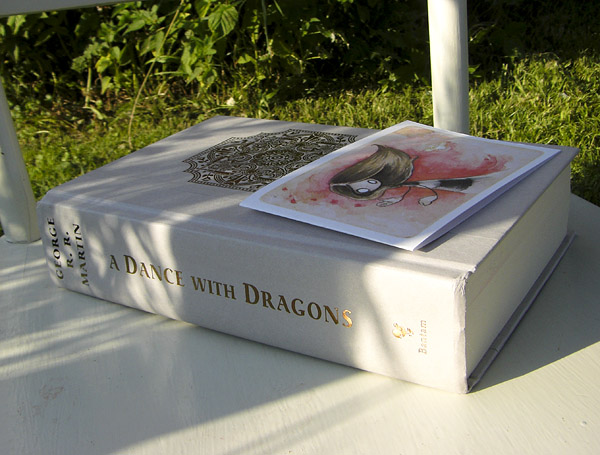 Today it's actually 8 years since I bought the first book in the series (A Game Of Thrones).
I discovered it while visiting the Science Fiction Bokhandeln in Stockholm and didn't know anything about it except that it sounded interesting and I liked the cover art. But I fell in love straight away and devoured the next two books (A Clash of Kings and A Storm of Swords) that same year. Then I had to wait until 2006 when I bought A Feast for Crows and then wait again until now.
But I don't mind that he takes his time writing... it's better that he is true to the story then rushing it just for the sake of pleasing the fans and publishers. That said... I hope we don't have to wait as long for the next one! ;)

I also want to recommend listening to the audio-book versions of the series, so far I've just listen to the first one but it was a good experience and I love listening to audio-books. I buy mine at Audible.com but I'm sure you could find them else where too.

And then there is the television show that came out earlier this year... but since we don't have the channel that have been showing it here in Sweden I haven't seen it yet. But I want to... 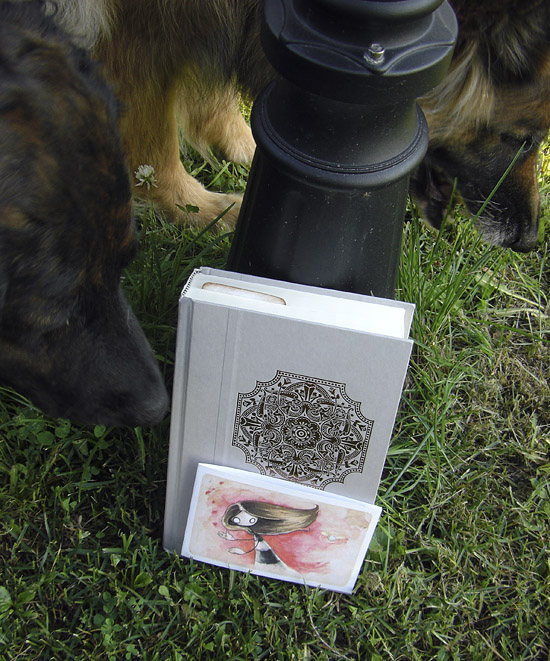 Our dogs Ronja and Zera also wanted to be in the a photo! :)

That is it for now... hope to have more to show and tell in August!
Thanks for looking!
Upplagd av akinna kl. 21:53 No comments:
Email ThisBlogThis!Share to TwitterShare to FacebookShare to Pinterest
Etiketter: books, cards, personal 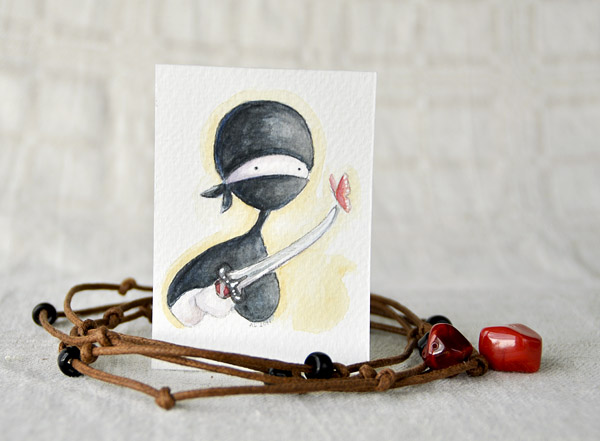 This is my 100th blog post and I really wanted to make it a bit more special... but sometimes thing just are the way they are so for now this little Ninja in watercolors just have to be enough! ;)